Reaping what you sow.

Back in October I posted about my project to turn a disused block of land into a productive oasis. We are now a few months into the trial  and while the garden has struggled a little of late, due to access to water (there is no tap) -overall I would rate it as a success. Here's an update of progress to date:

This is a shot of the garden I took back in mid December. (The sky looking deceptively stormy - since the planters were installed back in November I think we have had only had one or two rain events that were capable of soaking the the soil) 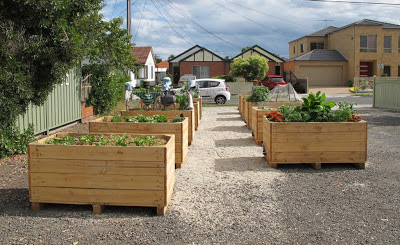 Here's my box with my first harvest of radish, some beetroot and some baby carrots. (Sitting in the middle of a gravel patch didn't deter the hungry little caterpillar that took to the radish on the left) 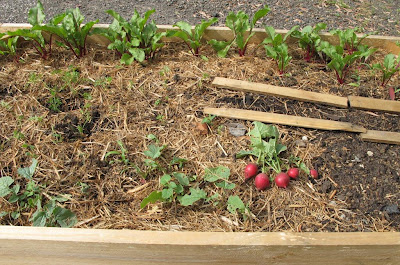 Here's just a couple of the beets that I have successfully harvested over the last month or so. 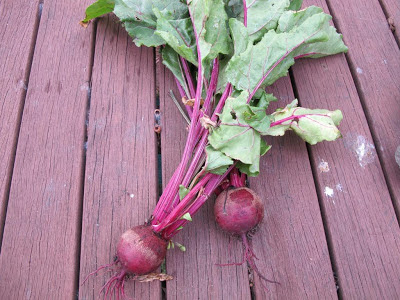 Fast forward to February.......... (and is starting to look like my 'artists impression' from my before and after shot on the promotional flyer) 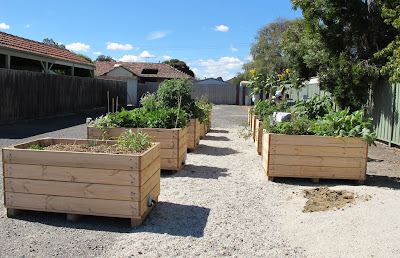 Someone is growing some awesome eggplants! 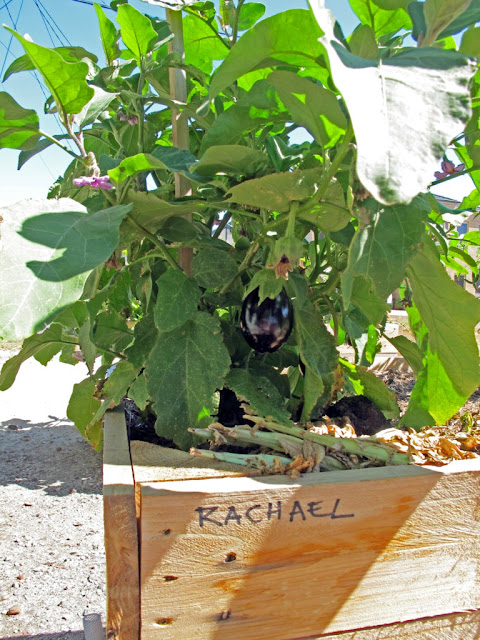 And here's what the neighbourhood playgroup have been busy planting.... 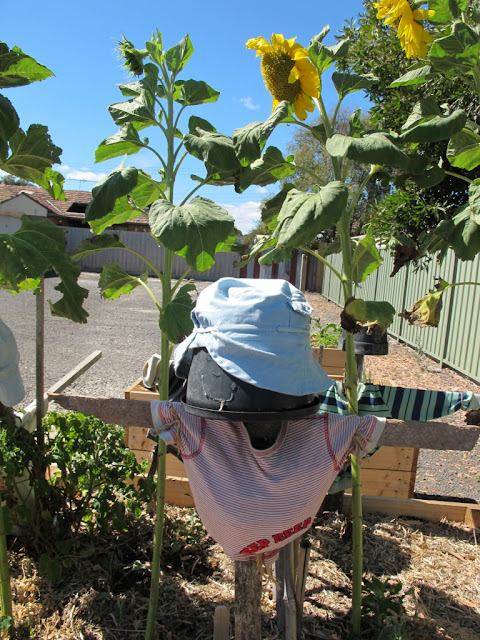 More produce from my box.... the last of the beetroot and the first of my carrots. I moved the eggplant (in the foreground)  from the back garden (it was being overshadowed by other stuff). Not sure how much it will go? Perhaps not quite as well as the picture above but its worth a try.
﻿ 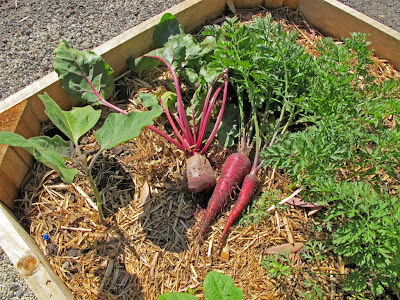