Gardening in the Solomons

I am lucky enough to have just spent nine days on a tropical island. 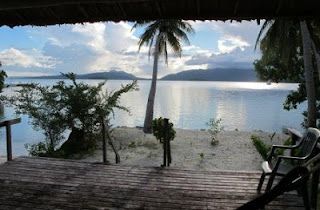 This is Uepi Island. It's located in the Marovo Lagoon, the world's largest saltwater lagoon, situated towards the north-eastern end of the Solomon Islands. Getting there is a 3 hour flight from Brisbane to the capital of the Solomons, Honiara. From there (if you are lucky and there's a plane in working order) it's a 1 hour flight to the nearest airstrip at Seghe (in the central part of the lagoon) followed by a 30min boat trip through the lagoon and out to the island.

Of course gardening isn't it exactly what took me there........ 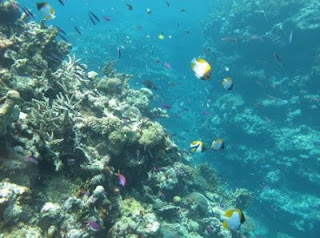 rather..... the opportunity to indulge in one of my other (some may say, more extreme) hobbies 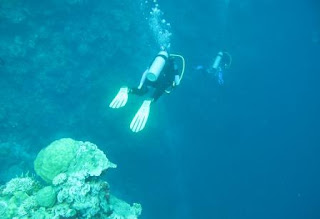 Although divers are generally a hardy lot, its kind of a sad state of affairs that you need to travel to some of the world's most remote locations to experience pristine reef systems as they are meant to be.  At the same time however it is an opportunity to provide an income to local people and provide reason for them to do their best to protect their local reef.

Wherever you go in the world it seems there's  one thing that a diving holiday revolves around (apart from diving) and that's eating........


In the Marovo lagoon, there are few shops,no supermarkets and no commercial supplies of things we would take for granted (a barge does a supply run through the lagoon every week or so bringing with it things that can be found in the capital) so its quite a logistics exercise for the Island's managers, Jill and Grant to keep 20+ guests and 25 staff (50 in total over 2 weekly rotating shifts) fed and happy.

Fresh fish and seafood (mud crab and lobster are a daily feature of the menu) are purchased from local fishermen. Jill has a policy of buying only the more plentiful pelagic (ocean going) fish species to ensure those living locally on the reef are protected.

Chicken, eggs, fruit (paw paw, pineapple, banana, limes, passion fruit and fiberous pink grapefruits, ) as well as vegetables (some apparently grown to order) including beans, teeny tiny capsicums, eggplant, watercress, various versions of potato and pumpkin are all purchased from the local villagers. One of the more interesting additions to the menu was 'pucha' salad made from a type of fern (I have tried this in PNG as well). The fern fronds were blanched in coconut milk.

The island also has a kitchen garden, which Douglas the gardener kindly showed me around. Unlike the larger volcanic islands, where most of the lagoon's population lives (think rich red volcanic soils), Uepi is a coral atoll - so gardening with no soil is quite a challenge. Soil is made from composting kitchen scraps and breaking down coconut fibres. Rainfall is not a problem as the island gets 3 metres a year (mostly falling in the afternoon or at night).

Kitchen salad leaves are grown hydroponically with coconut husks providing a growing medium. (I am not sure what they leaves are- when I asked Douglas he told me it was 'salada' (?) and that it was an Asian vegetable). 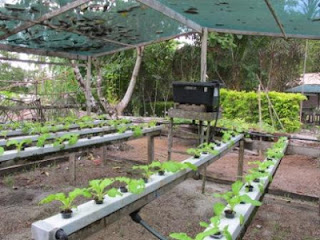 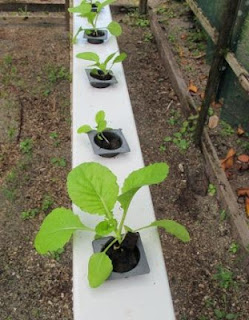 Out the back there is also a garden patch with pineapples and pumpkins. 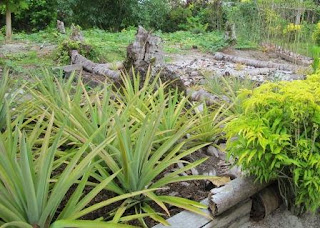 When preparing a garden bed with compost, a layer of coconut husks is placed over the top. 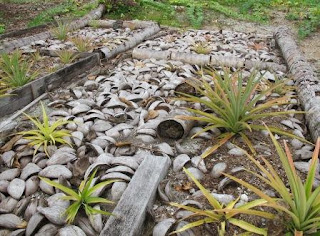 Apparently this helps stop the abundant population of local monitors from digging up the compost, because the smooth surface of the coconuts makes it harder for them to scratch. 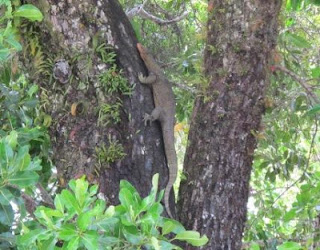