Ok so its well over a month since my last update on my tomatoes. So much for my idea of providing regular updates on on my 2013-14 harvest. In a quick round up here's whats been happening in each of my growing locations:

The planter boxes have been what's keeping my salads stocked over the summer. I have ended up with 2 yellow pear and 2 regular cherry tomato plants that have been producing a couple of punnets worth per week. 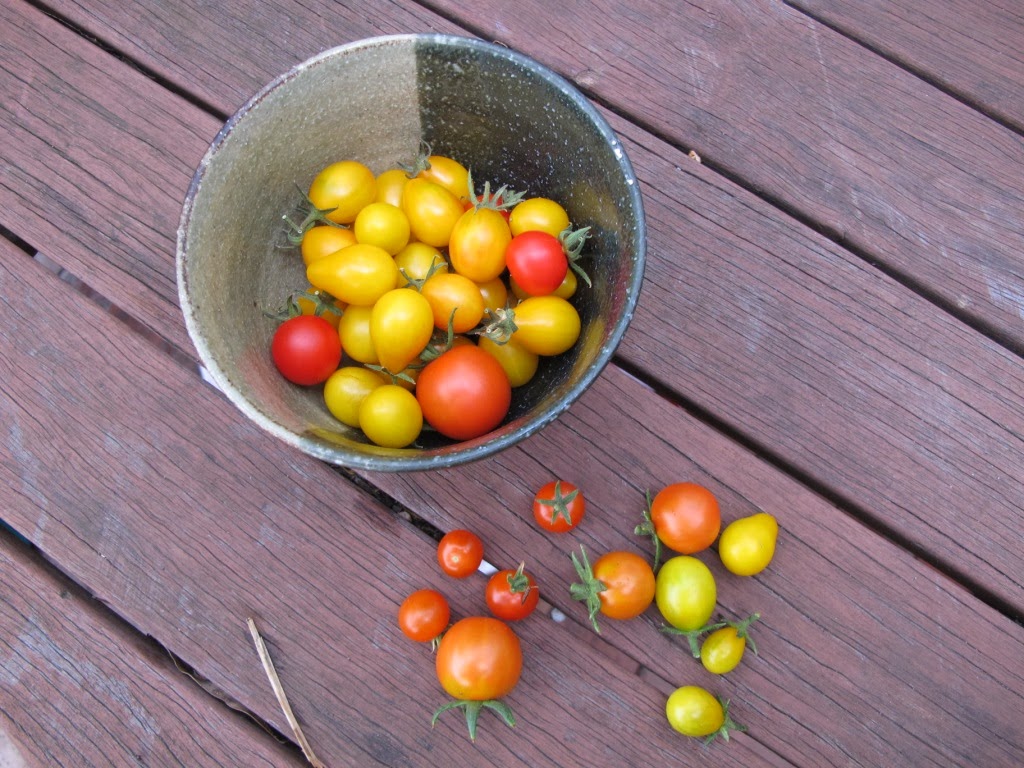 I also have a mini roma (which suffered from blossom end rot early in the season and is only started to ripen unblemished fruit) and this large unknown variety (below), Its one of the varieties from Bek's seed collection and whatever it is, the tomatoes made a fantastic rich sauce for my pasta the other night! 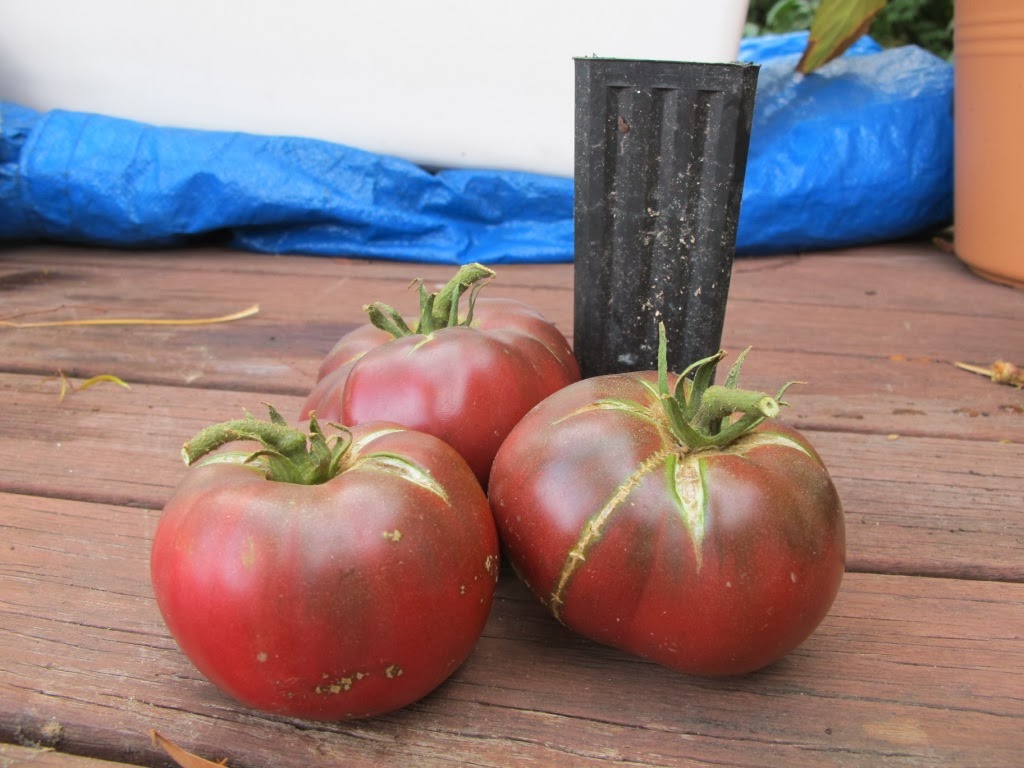 The rats have come back and have been busy stripping all the cherry tomatoes from along the back fence. We have recently started trapping again and I tried some mental deterrent for the rats by placing a small bit of the cats poo (relocated from the chooks dust bath pit URGH) on the fence railing that they use as their entry point. To date both deterrents have failed.

The hopes and dreams of my community garden plot tomato crop have largely now faded thanks to a plague of harlequin bugs that have pretty much taken over. They seemed to have dropped off over recent weeks but its now too late to rescue any kind of serious harvest. Here's a selection of harvested tomatoes showing the little white spots indicating harlequin bug damage. Basically it seems that by sticking their sucking mouth parts in into the flesh it encourages the development of a thickened skin. This doesn't make tomatoes conducive to salads so I pretty much chop them up and freeze or use straight away in any dish that calls for a tin of tomatoes. 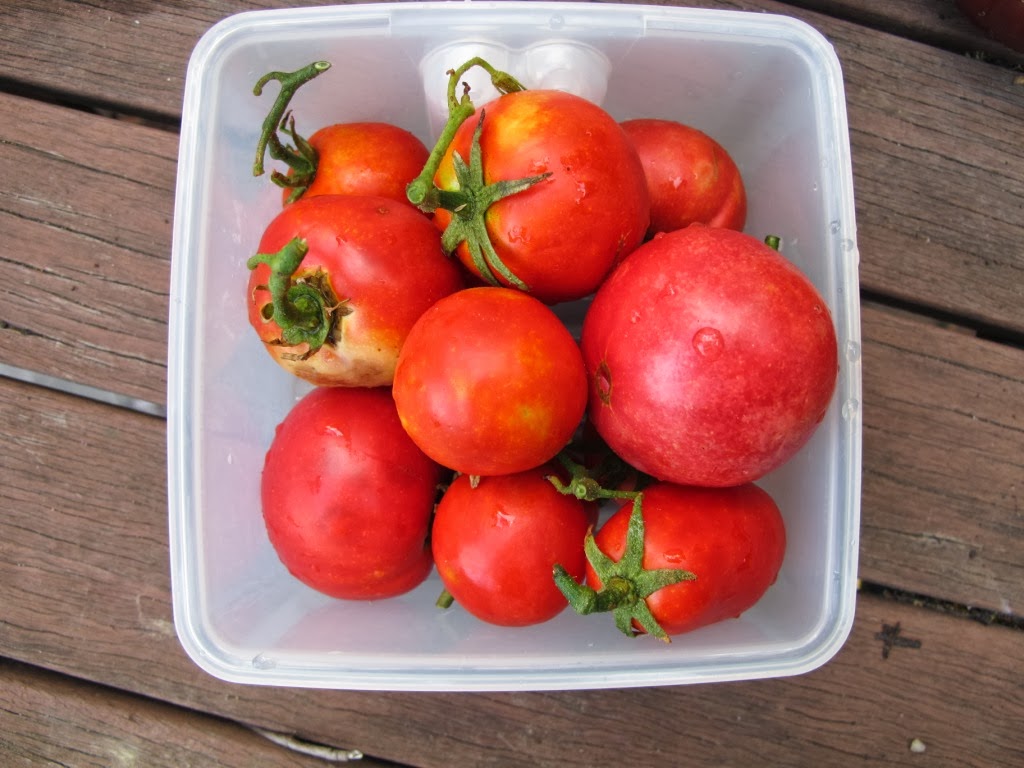 I am wanting to find out more about the harlequin bug life cycle with a hope of finding out if there is anything that can be done to stop their development because nothing seems to kill them. Information seems very thin on the ground. In the past I have tried sprays both natural (garlic,chili) and chemical (yep I was really that desperate to get out the Confidor spray). Recently I have tried drowning them in a spray of soapy water- I reckon that kills about 10% them,  but even then I am not sure if its real death or suspended animation until they dry out.  Based on my observations I wondering if they need undisturbed soil or mulch to commence their life cycle as they have been very much absent from my garden since I introduced my chickens. Either way any subsequent harlequin plague may be a deal breaker for my continued participation in the community garden next year.
Posted by Jodie at 15:42

Email ThisBlogThis!Share to TwitterShare to FacebookShare to Pinterest
Labels: tomatoes